I’m the first to admit I love Disney Princesses.  I also grew up loving shows like Buffy, Dark Angel, Charmed and of course, Lynda Carter as Wonder Woman.  That love for Wonder Woman has followed me most of my life, so I always wanted to stand up for the innocent and defend the defenseless.

Gail Simone has a quote about Wonder Woman that I love:

I think in recent years, due to lack of representation and lack of toys, girls haven’t gotten the message they can be both a Princess and Warrior.  I’m hopeful that’s about to change, since there’s been so much public outcry.

“What makes a good leader?” has also been on my mind a lot this week.  In the past, I’ve deal with “Queen Bees” and “Kings” who think they lead because of superiority.  They lead because they’ve got the crown, but I think a real warrior princess doesn’t use her crown as a status symbol.  She gets in the mud, puts her shoulder to the wheel, and helps her people move forward.

This playlist is about all of that.  Being a warrior, being a princess (or a queen), being a leader.

Be strong.  Be sweet.  Be diplomatic.  Be whatever you need to be, and want to be, to get the job done.  Go forth, lead and conquer.

I dig a lot of spy things.  Spy TV, spy movies, spy stories.  I have a particular fondness for Natasha Romanoff aka the Black Widow.  So this week’s playlist is inspired by my favorite red-headed femme fatale.  There’s still a lot of debate over whether or not she’ll get her own movie, but I think a few of these songs would make a great James Bond style opening. 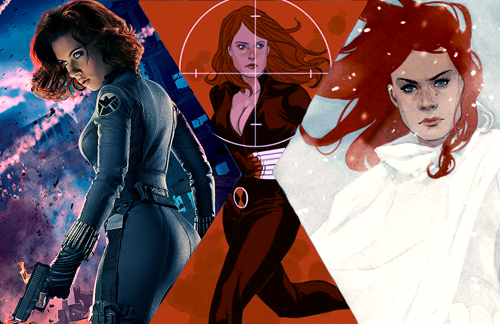 Ready or Not, Here I Come – A Natasha Romanoff Inspired Mix:

I’ve sort of dug Harley Quinn since her creation (hah, take that fanboys who would seek to exclude me from my beloved comics!  She was created within my life time!  Life long fan!), but it wasn’t until my twenties that I really started to relate to the character.

I figure a lot of women who have been in abusive relationship, whether the abuse was verbal, physical or emotional, can find a chord or two in common with the clown princess of crime.  I think deep down, Harley has a heart of gold and a resilient spirit.  Maybe some insecurities too, but we all have those.  So this week’s playlist is from the part of me that reminds me of her.  Because my crazy matches her crazy, from time to time.